Adventures of a Domestic Goddess / Aggressive Happiness / Blessed are the Cheesemakers / Gin, Cheese & Other Necessities / Made of Awesomesauce / Not Dead Yet! / Oh, Baby! / The Beer Guy / Where's My Towel / Write Now! / Yes I Can!

I’m just going to pretend that this year is over. I really can’t take any  more 2016. The next couple of days are interstitial days – they belong to no year and nothing that you do on those days matters. This is a new rule I just made up, but I’m keeping it.

This year was tough. My marriage ended. I moved into my own place. I got officially divorced. My job ended. I have been – as yet – unable to find a new job. A lot of celebrities I especially liked died. A celebrity  I don’t particularly like not only lived, but was elected president. Money is tight and anxiety and depression are high. My kidlet is stressed out. I’ve had persistent shoulder issues that have prevented me from doing as much as I’d like.

But you know what? It wasn’t all bad, was it?

I’m in a fantastic relationship. I have a great kidlet (even if he is not only a four-and-a-half-year-old, but also the source of that literal shit I have to deal with from time to time). I really got some quality time with a lot of wonderful friends – and made some new wonderful friends, to boot!

There was a lot of good travel this year – I was in Vegas in April for the RT conference where I got to meet IRL my friend Elizabeth Hunter as well as make new writerly friends! In May, I went to Bend for the weekend with the Beer Guy. I was in Seattle a couple of times (July and November). In August, I was able to take the Bean to South Dakota to meet my grandmother (his great) for the first time (and not incidentally got to sing karaoke with my three bestest besties from the good ol’ college days!).

AND – I was able to go to Iceland. ALL BY MYSELF. Sometimes I remind myself that if I could do that (which required a lot of overcoming of my anxiety issues), I can do almost anything.

I got to meet some other personal goals as well. I’ve really reconnected with my domestic badassery – my garden wasn’t much to talk about this year, but I made jam, and just canned festive simple syrups, and made some pies, and started baking bread again. Also – cheese. I made a cheese. Soon, we will know if that cheese is delicious. CROSS YOUR FINGERS!

I finished writing two books and a novella, completed edits on one book that’s currently in the last look-through by my editor on its path to publication.

I found out that I really, really enjoy being a writer, and if someone would actually pay me, I’d be okay doing this for a living. (What I need is some freelance editing/proofreading work to supplement my as-yet non-existent writing income. Apparently there’s no six-figure advance for self-publishing.)

I’ve worked through a lot of things this year and I hope that I’m coming out on the other side stronger than I went in. I lived on my own. I single-mommed. I’ve been unemployed. I’ve stopped procrastinating and started achieving my dreams. I’ve traveled internationally alone.

All of the things I thought would be the hardest have been the easiest. The only thing that makes this year still shite is that pesky lack of funding issue. (I am open to paid companion positions, all eligible sugar daddies reading my blog…I’m sure there are a ton of you out there. Call me.)

The emotional stuff has been hard, but I feel like I’ve been tempered this year. 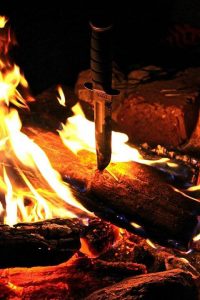 A year ago, I declared that 2016 would be the year of me. When I wrote that, I had two very specific goals in mind. I wanted to end the year not married and not in the job in which I started the year. Both of those things have come to pass, albeit not exactly as I’d planned. (Maybe I should be a little more careful with what I put out in the universe.) 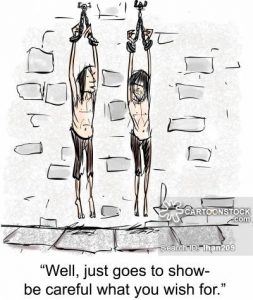 I don’t know everything that 2017 will bring. There are a few things of which I’m certain: 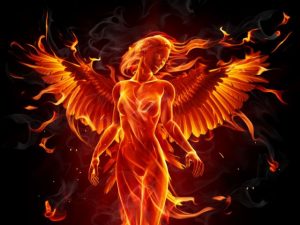