Not enough coffee in the world

Last night I slept worse than I’ve slept in ages. Which is good in that I’ve mostly been sleeping better lately but bad in that apparently my body is no longer adept at functioning on <4 hours of sleep.

A combination of a Saturday night allergic reaction plus a rather haphazard approach to food and drugs on Sunday was mostly to blame, I think. It is almost 10 am and I feel like I’ve been awake for four days instead of four hours.

HOWEVER – that is not what I’m here to tell you. If I blogged every time I was having insomnia, I’d probably be a lot more prolific in this space.

I am here to remind you that this week is my BIRTHDAY! And you know what that means, right?

It also means that it’s very nearly time to reveal my 40 before 40 list that I’ve been working on for the past couple of months. I have some big plans for the last year in my 30s. (Although a friend told me on Saturday that, “[he didn’t] think anyone would guess [I was] over 35…[I] still look barely 30.”

Obviously that friend is now my new favorite person in all the land and probably deserves some kind of gin-based payment. 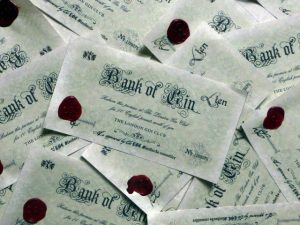 In the meantime, you can expect an exciting (for me) post on Wednesday and then regular contact will resume in a couple weeks or less. I’ve gotta start preparing everyone for the big event in April…